Eurypterids are an extinct group of arthropods that dominated the Silurian period. With their semicircular head shields and broad paddle-like hind legs, they were among the most distinctive creatures to roam the ancient shallow seas. 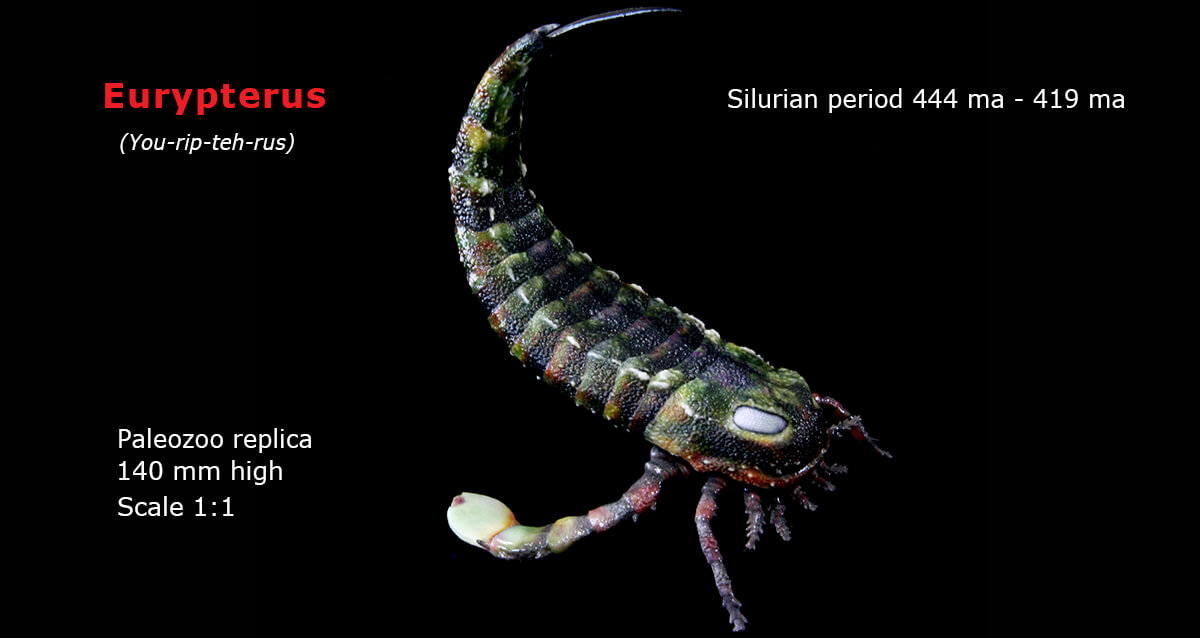 The Silurian Period (444 - 419 ma) was the time of the great sea scorpion arthropods.  Other marine arthropods such as trilobites had existed right across the globe in huge numbers for millions of years - with some possibly even moving up onto dry land - but now the Eurypterids would become the dominant lifeform.  Originally thought to have been an ancient member of the catfish family it was later identified as belonging to its own unique arthropod order more closely related to scorpions than fish.

Like other arthropods, they had excellent sight with large crescent shaped compound eyes that would have provided a wide field of vision.

Eurypterids didn't have jaws but instead had pincers called chelicerae that would have been used to dissect prey into pieces small enough to pass into the mouth opening. In some species these chelicerae became quite large and formidable, looking very much like the pincers of modern scorpions.

Eurypterids were multi-segmented and would have been quite flexible with sharply spined tails (telson). The distinctive broad hind legs may have allowed for some limited crawling or upward leverage motion, but they would have been much more useful as swimming appendages enabling eurypterids to row or aquaplane through the water column.

It is still a matter of debate whether eurypterids were scavengers or predators but being armed and mobile, with keen eyesight, they would have been formidable in defense at the very least.

Eurypterids were to become the dominant order in this period and the largest arthropods that ever existed. Although the average size would have been about 15 - 20 cm, some were true giants at over 2 metres in length.

There continues to be much debate about when and how life moved up onto dry land. It was originally thought that the Devonian Period was the time of the great transition and it still appears that this was the period of major colonisation of land by plant and animal life. However more evidence keeps on surfacing to indicate that arthropods may have already begun the transition as early as the Silurian period. To date, no body fossils exist to verify this but track marks have been discovered that point to some kind of movement on land at this time. Also some anatomical features suggest that arthropods such as Eurypterus may have developed dual methods of capturing oxygen from the environment. This could indicate an ability to move between water and land. 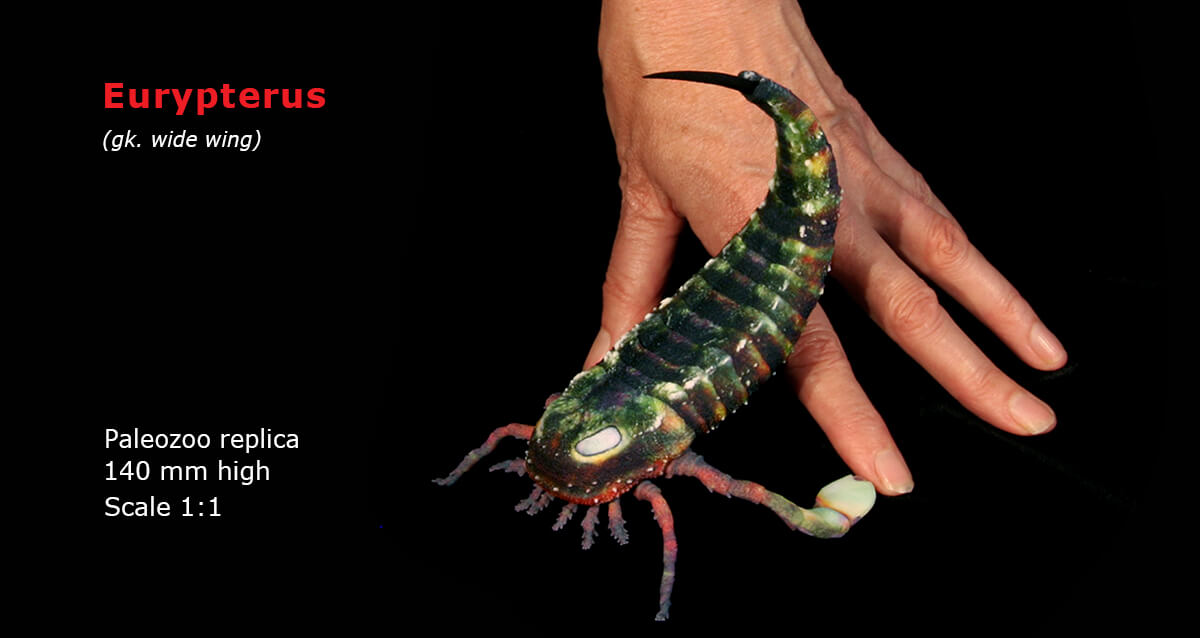 Paleozoo replicas are museum grade models, based on accurate data. They are available for sale here via the store link below.